Most learners have now completed their exams for 2014, and the anxious time of waiting for results has begun. You start to ask yourself – did I do as well as I hoped in my exams? Will I be disappointed by my results? What happens if I fail?

Sometimes, failing is a necessary part of life. It all depends on your attitude towards failure and what you plan to do to change things in a positive way.

Here are some people who were judged as failures at school, but guess what? They went on to achieve great success. 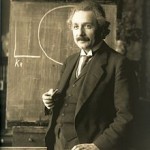 At the age of 16 she dropped out of school, and became a model, and later an actress. She has starred in many films including The Green Hornet, and was the voice of Princess Fiona in the animated Shrek series. In 2013, Cameron Diaz was the highest-paid actress over 40 years old in Hollywood. 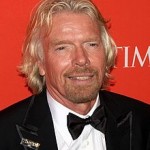 Sir Richard Branson is a famous entrepreneur who dropped out of school at the age of 16 to start his own magazine. Since that time he has created many businesses, including Virgin Atlantic Airlines, Virgin Records, Virgin Mobile and more. In 2014, Forbes Magazine listed him as the 7th richest citizen of the United Kingdom.

Yesterday’s failures are today’s seeds that must be diligently planted to be able to abundantly harvest tomorrow’s success. Anonymous

Please remember, if you are distressed or depressed about your results, talk to someone who can help. You are not alone in this situation. Some useful contacts are: